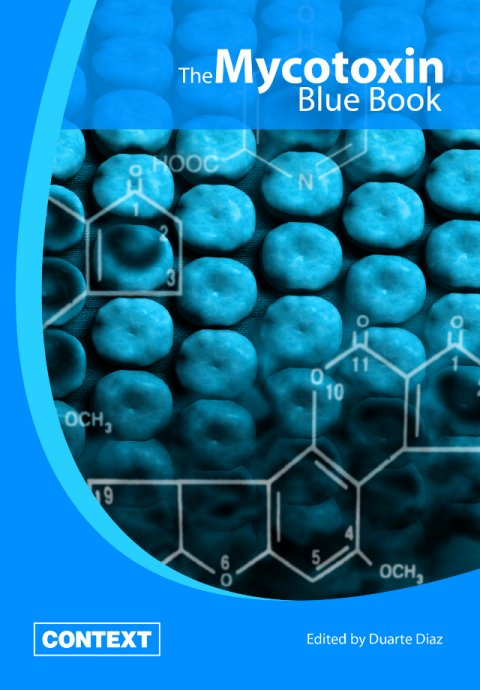 Contains detailed technical information on the effect or mycotoxins on various species and metabolisms. For nutritionists, advisors, producers and students.

Moulds and the mycotoxins they produce, have a wide-ranging economic impact on animal agriculture on every continent of the globe. Mould growth robs feed nutritive value and reduces intake, which lowers efficiency. Mycotoxins, even when present at levels previously considered 'trace', have negative effects on performance and health, particularly in the context of today's more highly productive modern livestock genetics. Food-borne toxins also threaten human health through contaminated cereal and protein sources and transfer of toxins in food animal products.

The Mycotoxin Blue Book focuses on the physiological effects and field occurrence of mycotoxins. Detailed information on types of moulds and mycotoxins and the conditions under which moulds flourish is included. Implications of mycotoxin contamination of feedstuffs for all major food animal species are presented in addition to aquaculture and companion animals. Sampling and analytical issues are covered in depth; as is the topic of mycotoxins in human foods. Finally, practical means of ameliorating mycotoxin effects are addressed. It is the hope of the editor and authors that the material herein will lead to clearer recognition of mycotoxin problems and ultimately to ways of reducing their impact on food animal production.

An excellent guide for nutritionists, advisors, farmers and students involved with and using animal feed. Russian, Spanish and Chinese translations are available on request.